One common challenge we face as a personal injury (“PI”) and work comp (“WC”) firm in Colorado is helping clients understand the differences between the two areas of law. A lot of people think “I was injured and it was someone else’s fault, so what does it matter?”

There are a number of important differences, and the goal of this brief blog is to break some of the common variations down into bite-sized chunks. Every situation is unique and you should talk to an attorney about your specific set of facts, but hopefully this is a good starting point.

The differences begin on a fundamental level. WC is administrative law; that means it has a different set of rules and procedures than PI. If you go to court (at the first or second level), it’ll be called a “hearing” and you’ll have a judge, witnesses, and a preceding that looks like something you’d see on TV, with one big exception- no jury members. It’s more like a bench trial, and that means attorney presentations will have a very different tone. 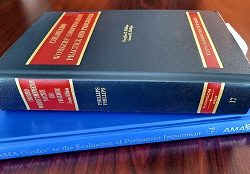 PI is under civil law, so you will see those aforementioned jury members. Much to your chagrin, you’ll also see all of the Perry Mason and Saul Goodman impersonators, melodramatically pleading their cases. These proceedings are called “trials,” and can last multiple days (3-5 is quite common) and they can be very, very expensive. On the other hand, WC is cheaper and faster, thanks to some built-in shortcuts, but that also means the carrier is more likely to push litigation.

In PI, knowing who the primary at-fault party is will make a big difference in who will represent you in a case and what compensation you might receive. For example, if you are responsible for a car accident, then your own auto insurance company will aid you along the way. If an attorney is required, they provide one. If you were not liable for the wreck, then you’re a “plaintiff” and should find an attorney to represent you. Find a PI firm who works on a contingency fee basis, so paying a retainer or fees up front is one less headache you don’t have to worry about.

In WC, who caused the accident is a consideration that most likely does not matter. Are you a pizza delivery person in the middle of a route who caused a crash? Then you should be covered under WC. The exception to this is if you had a safety violation in the process; for example, you didn’t wear a seatbelt. However, even in that scenario, you’ll have your medical benefits paid and receive 50% of your allotted income. This brings me to my next point…

In personal injury, it’s up to you to provide your medical treatment during the case. Hopefully you have health insurance of some kind, either private or government issued. But what happens if you don’t have that or can’t afford it? This is another situation where a PI team can help. A good attorney can help get you the care you need by treating your injuries on a lien. You might need this anyway, depending on the circumstances. For instance, maybe a critical specialist is in order that doesn’t take health insurance. Then hopefully in the end, you can recoup all those costs in settlement or verdict.

One huge benefit of WC is on admitted claims, the “Respondent” carrier pays for medical treatment. This can be a huge relief for many folks. It is a double-edged sword though, as there is a major caveat. In most instances, the injured worker (called the “Claimant”) does not get to choose their medical providers. That may not seem like a bid deal at first blush, but it can have dramatic consequences. It’s important you speak to a WC attorney about strategies on combatting this situation, should you feel the care you’re receiving is subpar.

As for lost wages, in both cases it’s handled similar to the way medical benefits work. PI doesn’t offer anything during the claim, but it’s something you 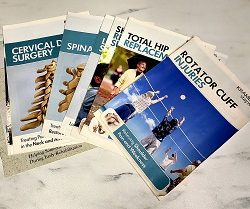 definitely want to seek during negotiations. Here in Colorado, WC pays 66% of your wages during the claim. This is very helpful, but the law doesn’t let you recoup the rest at the end. And although lost wage calculation sounds like it should be easy, it’s often the source of litigation in a WC claim.

One of the unfortunate aspects of WC is you will not be awarded any pain and suffering damages. This means that despite all the hardships you endure during the life of the claim, you won’t receive compensation for it in a settlement. Along those lines, you won’t be entitled to any damages like negligence or “loss of consortium” either. It’s a devastating blow for a client to learn this for the first time, and it feels very unfair. That’s why it’s important to maximize all the other benefits you can under the current WC system.

As you probably guessed, that is not the reality PI lives in. At the very end of a PI case, you will allocate a value towards the grief and misery you went through, and it will almost always translate to monetary compensation. Ultimately, this is fantastic and is what a reasonable person would expect. The flipside to this is it’ll be a challenge trying to convince an adjuster or opposing counsel what the value of your personal losses are, which can add time and complications to your case. 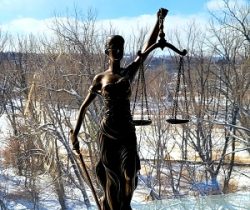 This only scratches the surface of what the differences are between these two areas of law. Some other examples include attorney fees, mediations vs. settlement conferences, discovery, caps vs. policy limits, and filing systems.

Both are highly specialized and it’s critical you find a firm who understands the ins and outs. Just as you wouldn’t trust an eye doctor to work on your heart or vice versa, don’t go to an attorney who is a jack of all trades but master of none. Make sure you have a crew who knows all aspects of a claim, from sign up to prelitigation to court room management.

We take pride how we handle our PI and WC cases, and make sure we have attorneys and staff who can compassionately explain these tricky issues to our clients in a down-to-earth, straightforward manner. If you have questions about injuries you’re dealing with, please reach out to us. Our consultations are always free, and we’d love to see if your difficult situation is something we can help you overcome.