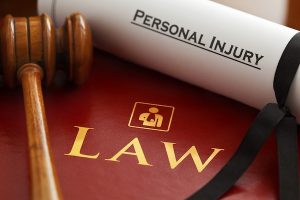 Injured workers who are not represented by attorneys are known as “pro se” claimants. These are the folks who have chosen to not hire an attorney and instead are trying to manage a case on their own.

There are situations where this makes sense. For example, I don’t generally see a need for legal intervention to address that papercut at the office or stubbed toe on the construction site. However, if a case becomes serious enough or the denied benefit value is worth the time and effort required to get an attorney involved, that’s when you should hand the reigns over.

But I get it. We live in a DIY society, and it seems like the claims process is straightforward… right? Google seems to have everything you need to take care of this on your own. Times are strange, tough, and financially tight during Covid-19, so it’s easy to tell yourself “let’s see how it goes first.” Before you know it, months have passed and the situation is bad.

I’ve handled hundreds of cases and have seen a lot, so if you’re thinking about handling the claim on your own, please watch out for these common mistakes, listed below. But first, here’s five dishonorable mentions:

Waiting until you’re at your breaking point. 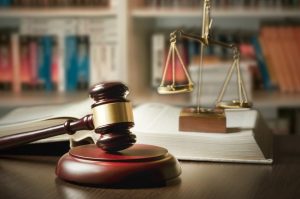 Unfortunately, the folks I mentioned above who convince themselves they’ll try and give it a go without legal help often fall into this trap. It’s usually a back or shoulder injury too, because who hasn’t “thrown their back out” at one time or the other?

There they are lifting that case of goods when all the sudden they hear the dreaded pop in the shoulder or back. With some wishful thinking and advice from a supervisor (who also doesn’t want to get in trouble), people “take it easy” the rest of the day. But tomorrow comes and the pain is equally as bad. Then the next week you finally see a chiropractor, and before you know it a month has passed and the person thinks “I should report this.”

Well guess what? Now you’re in a really awful spot from a legal perspective. The defense will probably deny this case saying “how can you be so sure it happened when it did? Didn’t you go camping last week?” Well yeah, you did… but you took it easy. “Look, just talk to my supervisor about it” you say. And they do! But remember how that supervisor is also scared of losing his job? You can see where this is going.

Now the injured worker is frustrated and hurt, then yells “I’m getting a lawyer!” That’s all well and good, but now you have to find one, go through an intake, have the firm order records and files, etc. It could take weeks to get that process underway, but because your patience is paper thin at this point, it feels like decades.

Injury claims are a big deal and like most big deals (buying/selling a house, marriage, college applications, etc.) they take time. It can really set the attorney/client relationship off on a bad foot if you’re desperate for results right that minute. Which is unfortunate, because you might only have one good foot at that point due to your injury! Sorry… I’m a dad and must insert lame jokes into every blog post. Moving on…

Thinking the insurance’s attorney or adjuster is “just so nice though!”

With mean, unresponsive adjusters and defense attorneys, at least you know you’re in trouble early on in the process. It’s the nice ones that can be tricky, because you might get lulled into a sense of camaraderie.

It’s almost like a weird version of Stockholm Syndrome. Sure, they are on their side and you’re on your side but we’re all human beings, right? I don’t think they are necessarily being manipulative, but they work for corporations that make money by not giving you money. They have quotas to hit. It’s simply the way the world works; don’t let Flo at Progressive or Jake with State Farm fool you with charm. At FWI Legal, we’ve seen letters from adjusters that say “hey, we really want to help you out here so we’re throwing in an extra $1,000.” Wow, thanks! That should really fix the financial hole in my wallet and literal hole in my body from this injury.

The other side to this is they might say something like “look injured Sally, I really wish I could give you more but unfortunately this is a work comp case and that’s all the law allows us to give.” They sound sincere, but are they being honest? Would you know one way or the other? That leads me into my next point: 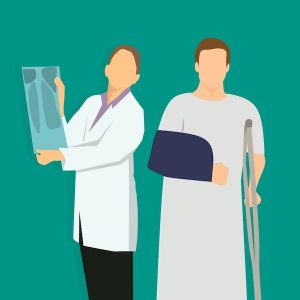 Imagine this scenario: you just fell off a ladder and broke your leg last week. You went to the hospital and got all casted up. Your daughters have even drawn adorable “get well soon!” pictures on your cast in permanent and unusually vibrant markers. Now it’s this week and your entire world every day is just you, a couch, Judge Judy, and a bag of chips.

Ever notice that’s when every attorney in town is throwing up commercials? “INJURED? Come down to Big Bob’s attorney shop and we’ll get you a CAZILLION DOLLARS!” Then sure enough, the client testimonial pops in and the person says, “it’s true – I busted my leg up real good in a wreck and Big Bob got me cash for days!”

Now you as the injured worker think “hey, they broke their leg like me and got a bunch of money, I better get on the phone and call someone.” What you didn’t catch was that was almost positively a personal injury claim, which is under civil law. Workers’ compensation is administrative law. So even though those injuries have very big similarities, they have equally large differences. One major difference is work comp does not have “pain and suffering” damages. There’s also a very good chance you won’t get to pick your own doctors if you’re injured at work.

But maybe you have a work comp claim AND a personal injury claim! Or maybe the carrier has made some mistakes and given you some additional say in the matter. You probably won’t know until you speak with an attorney though.

Remember how I mentioned above you can chat with us for free and without obligation? Please accept my invitation to do so now. It doesn’t take long, you don’t pay anything for the email or call, we’re very polite with only a limited amount of #dadjokes, and most importantly, you’ll get some piece of mind about your situation one way or the other. We’d love to have the opportunity to help you.