I’ve often had people ask me what the hardest part about being in the legal field is. I’ve thought about this a lot because it coincides with my desire to be the best attorney I can.

I’ll first start by summarizing the difference between “hard” and “soft” skills. I think of hard skills as the foundational knowledge on a subject, whereas soft skills are the ways you handle and interact with that knowledge. For a great summary on the subject, check out this Indeed article.

I’m going to cheat a bit and just talk about some soft skill items, and then save the discussion for hard skills for later. I’ll cheat even further and say it’s difficult to pin down just one thing, so here are ten I think are important:

Regardless of the program, your task list is always the first thing you should start your day with, and it’s the thing you quickly check at the close of business. It’s how you will organize your day; if you must, physically block those items and times off on your calendar. Starting here not only helps you manage weeks that are constantly in flux, but it will also show clients and supervisors you are working because it will electronically post items to the cases upon completion.

Note: This is one of the reasons why it’s important not to have a handwritten list either; keep it all digital only. Not only that, it’s way easier and faster to modify tasks.

Always have a notebook close by so you can write notes down. Now, you may be thinking “hey, didn’t you just say DON’T write stuff down?” Not exactly; I said don’t write “To Do” lists down. There are still times you will need a notebook, whether it’s taking voicemail notes, business meeting thoughts, etc.

Don’t treat it like a scrap paper either, do a numbered list in outline format. When that task is handled or officially transferred over to Clio, put a checkmark next to the number. If you’re working on it and it hasn’t yet been completed, put a dot next to the number (until it becomes a checkmark). And if you didn’t get to it and you’re moving to a fresh page in your notebook, put an arrow and start that new page with those items (same goes for “dot” tasks that didn’t get finished). This way, NOTHING gets forgotten because it’ll have some kind of mark next to it.

Then reserve the right side of your notebook for that random stuff that doesn’t need to be officially recorded. For example, I sometimes use that side for doing indemnity benefit calculations when estimating values.

Emails are kind of like physical mail and just randomly show up, so it’s up to you to put them in their proper place. Create a task for each of them and then get them out of your inbox. You can’t organize an inbox by priority or deadline importance, and it’s mentally exhausting to see 100 emails after having just seen 100 task items. Once they’re properly placed, put them in subfolders or delete them.

“Jerrod, did you say to ‘delete’ something?!” Yes! Whatever it takes to move it; don’t end up on the next episode of Hoarders, Digital Edition.

We’ve all seen great detective stories where the devil was in the details, so don’t pretend it’s any different in the legal field. It’s easy to lull yourself into sloppy work when you’ve done a task for the umpteenth time or you are rushing through it to get back to “real work.”

When you do this, you’ll become proactive in case management and decision making. You’ll start making smarter moves in the present because you’ll see many steps into the future. You’ll be the one to respond first to an email sent to you and the lead attorney, instead of just waiting for “the boss” to do it.

You’ll do more than simply send updates, you’ll offer up suggestions as well. You’ll tell a supervisor out of the blue you completed some task without having to be told. You’ll address an issue before it becomes a problem, even though you don’t technically have to (for example, calling a client to remind them about a medical appointment). You’ll speak up when something is bothering you because you’ll feel empowered to do so.

You will accept the fact that a failure in the department is a failure for everyone involved, not just the attorney with their signature on the page. Happily, you will also accept that successes are also equally shared. If you ever want to be a leader of others, you must start thinking like one. Start right now to emulate qualities you admire in people (supervisors or not) while simultaneously improving on the weaknesses you see.

Move them to coincide with important case deadlines or moments. Does a client have a filing due on the 15th? Put their 30-day review on the 10th to minimize error (don’t forget an actual filing task as well). Does a client have a surgery on the 18th? Put the 30-day review on the 16th and be sure to wish them well and let them know we’re thinking of them.

Put yourself in their shoes and realize they should start off the relationship with the assumption that they are important to us and not a burden. Create and bank goodwill with them; it’ll go very far throughout the duration of the case and help create future business via word of mouth.

This does not replace department reviews, which are a holistic approach to case management. This is instead a fast, efficient way to touch on every client’s case periodically so you always have your ear to the ground.

That might mean taking some time off to help someone, get healthy, or simply recharge. But if your work is well organized, you and your supervisor won’t be stressed when you’re out of the office. You’ll have done such an amazing job with case management as outlined above that you’ll be able to pick the day and time that works best. And while you’re away, your mind will be off of work and on what matters most. 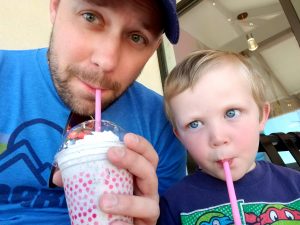